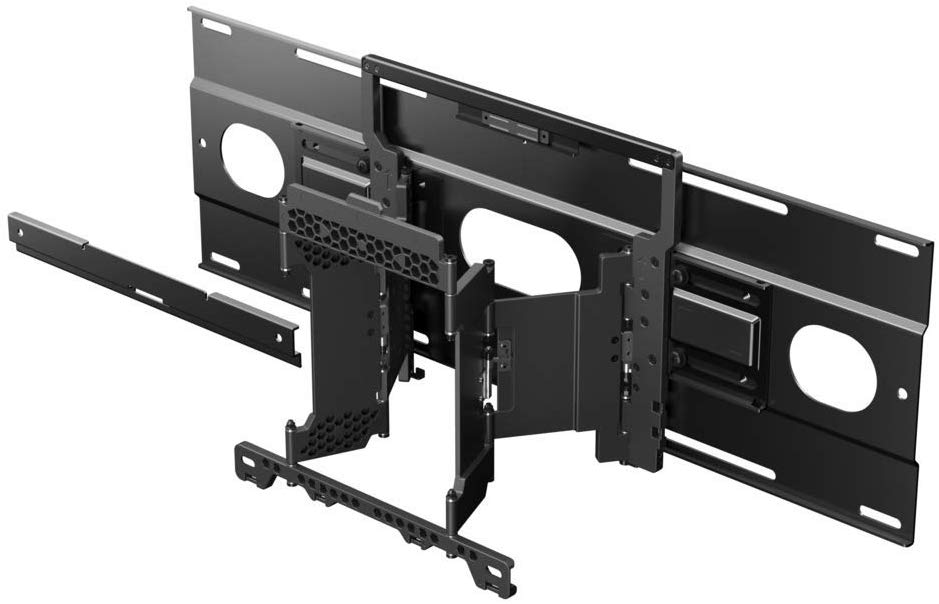 Here are some of the many available mounting brackets.

Low Profile – Also called a fixed or stationary mount it is designed to hold TV flat against the wall. Placement cannot be adjusted once mounted. It may not be compatible with flat panel TVs that have a rear protrusion.

Tilting – Similar to fixed mounts but allow for downward tilting movement. Enhances viewing of television mounted high up on wall and angle can be adjusted after mounting and locked securely in place.

Ultra Thin – Also referred to as a slim mount it allows the television to sit closer to wall than other mounts. It is available in stationary or tilting styles.

Articulating – Also known as a cantilever mount the TV is mounted on retractable arm attached to wall bracket. It allows for wide range of motion and TV can be pulled away from wall and swiveled to left or right. It is ideal for rooms with multiple viewing locations.

Swivel – Similar to low-profile mount, but allows for horizontal movement. Less range of motion than an articulating mount with extendable support arm and some models also offer tilting capabilities.

Ceiling – Attaches to ceiling rather than wall and is used when wall-mounting is awkward or impossible. Can also be used to mount movie projectors.

Platform – Designed for older CRT models rather than flat-screen TVs. Television sits on a shelf supported by an arm attached to a wall or ceiling.

Under Cabinet – Space-saving mount for under-cabinet placement and often used in kitchens and cubicles. Display can be flipped down for viewing or folded up and hidden away. Better-suited to small screen sizes.